We did a session with MRB and Margaret, not only to monitor the birds, but also to see the changes that have occurred on site. It wasn't clear whether this had to do with preparations for the area to be developed into an actual reserve, or further gravel extraction, or if the fishing club had been at work (although not likely due to the nature of what was done) or if it was due to some filming that had happened on site recently.

Having put nets up ( three rides had been demolished so not the easiest thing), we met the man who lives right by the entrance and found out that the filming had been for a DC Marvel film and they had been on site for two weeks. That explained the clearance of areas, to accommodate their large vehicles, and included a new access route to the lake - as there had been pontoons used for filming. Apparently, Angelina Jolie has been to the ringing site! On the positive side, this is hopefully a 'one off' and if we clear new rides, we'll be able to continue ringing here. The management has apparently been outsourced, explaining why we can get no response from the old contact.

Later we met the fishing club site manager - apparently he stopped them from removing Mike's long run, had he not, we would have lost a further three rides.

On now to the birds, we set up by the cars as the usual stop is now under all the spoil that had been bulldozed from the access track. We have also lost access to the feed bins! We had seven nets up and caught well all morning. 176 is an impressive tally for us, here, in October but it was definitely a case of too many tits - even 'though one was a control. It is possible that AYD1414, an age 3 Blue Tit has come from Hilfield as they use that alpha prefix, but we are not sure at present whether it is the correct numerical sequence. There were a few other species, quite a lot of Goldcrest and also Great Spotted Woodpecker, Redwing, Jay, Treecreeper, Chaffinch and Coal Tit. 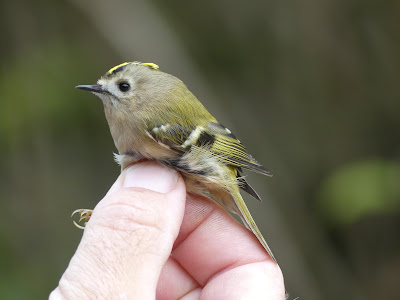 One of 39 new Goldcrest 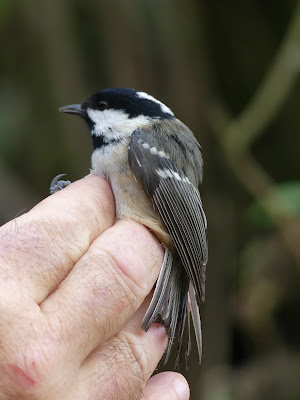 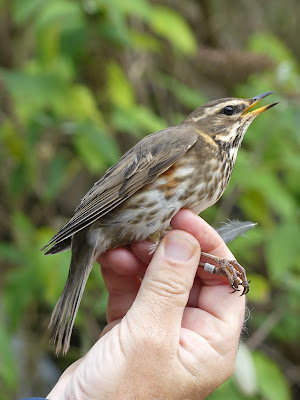 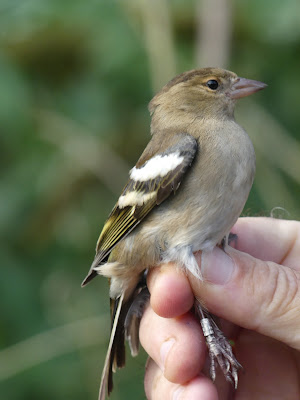 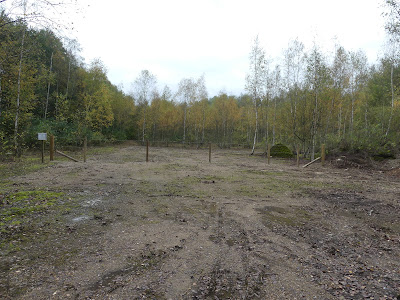 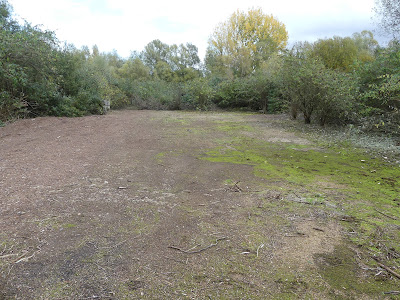 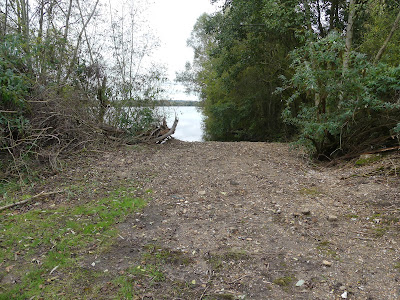 A new if rather wide space by the lake.

We have done our bit of twitching in the past, but with other priorities this has become a much reduced activity with a preference for seeing new birds where ever our travels take us.

We both have been ringing since 2005. Our local group is the Runnymede RG. Chris is a member of the North Thames RG and we have associations with Birdlife Cyprus Ringing scheme, East Yorkshire, Farlington, NOA, North Norfolk Farmland Study and Swale Wader RGs.

We operate sites at Stanwell Moor just west of Heathrow airport and Black Park County park, Bucks. We also do ring at home, and a couple of other local sites. We also ring with our RG at Chobham Common, Hilfield reservoir and at the Wraysbury GP complex.

Chris also has an interest in Butterflies and contains his limited photographic skill to them.

We are new in providing Mist Nets and at this stage, have a restricted range and stock in hand is limited. We hope to be able in time a variety of net sizes. We also aim provide a selection of items that you will find useful during ringing activities. If we do not supply a particular item, we aim to try and direct you to the right supplier.
www.merlinringing supplies.co.uk